Since I was knee high to a grasshopper (always wanted to say that), music has been a significant part of my life. I mean, my father was playing Simon and Garfunkel and Aretha Franklin records until they scratched and wore themselves out. I grew up hearing all the greats in my household, from Sam Cooke to the Rolling Stones, from the Bee Gees to Michael Jackson. Not only was music significant for me, but I strongly believe that hearing so many different art forms expressed through music blissfully exposed me and my siblings to a sea of unique and different perspectives and emotions. 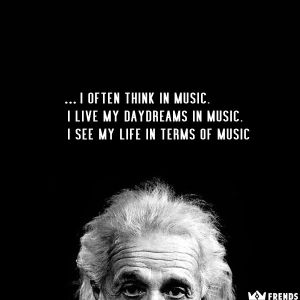 With all that said, here’s my opinion: the current musical landscape, as we speak in 2015, is lamentable. Just today, I read an article where the singer Pink mentioned how let down she was by the MTV Video Music Awards. (Note that I haven’t watched that spectacle or MTV since I realized that the “M” part had become optional.) She stated that music saved and inspired her as a child, and was saddened to see that the acts and performers on the program weren’t doing anything of the sort. I agree. I can think of maybe 2 or 3 performers right now that mean a hill of beans to me musically. Adele. Sam Smith. Emeli Sande. Yeah, that’s about it. Honestly, I don’t even listen to the radio that much anymore, unless there’s an off off off chance that I’m going to hear a new artist that amazes me. Rarely happens. What happened to those moments when you heard music and wanted to scream because lyrically, sonically, and emotionally, you were soaring and being taken on an incredible journey? And hey, I certainly don’t want to diminish the people that may experience those things while listening to a girl group repeat “Give it to me, I’m worth it” about 1,000 times, but come on. Are you kidding me?

I have a memory. I’m in the kitchen. I’m holding a broom, as I’m supposed to be sweeping. But the radio is on so my attention is diverted. I stand in the center of the kitchen, my eyes closed, singing along to the song on the radio with the broom as my microphone. I don’t remember the song, but I distinctly remember how I felt standing there: joyous. That’s music to me. Pure joy. Sitting in a car and hearing lyrics that bring me to tears. Excitedly telling friends about a new, talented artist that I happened to discovered on those rare moments when they are found. Like my father, playing a song over and over again and hearing/feeling something utterly new each time. Moments like those aren’t necessarily gone, but I’m getting them from artists I’ve loved for decades. Not really anyone new. To me, current musical acts are playing up their visual content rather than focusing on songwriting and the sound. And while they’re at it, these are visuals that require a bleaching of the eyes after you’ve seen about two seconds. Throw in a bit of auto-tune, some canned lyrics, and round-the-clock plays on the radio and there you go: stars are born.

No, these are no longer the days of Like a Bridge over Troubled Water and I don’t expect them to be. I am quite content listening to artists I’ve always loved and the few current ones that I’ve come to thoroughly adore and admire.

I just miss the joy.

One Reply to “Music? [The Soapbox Series]”