Once upon a time, our fair chocolate princess was at work and in the middle of typing when a sharp pain shot though her wrist. Of course, she gazed at her wrist as if the body part could communicate why it did this to her. Thankfully, there was no answer (talking body parts may be cute in animated films, but in real life? Nah), and she assumed that it would go away. No such thing. The sharp pain became unrelenting. She could barely type, hold things with her left hand, etc. At first, she diagnosed herself, because she’s done this all her life, often running to her parents’ basement to consult various medical journals whenever she experienced pain and/or discomfort, which resulted in giving herself an assortment of ailments. (“Stop doing that,” her mother has demanded many, many times in the past and  in the not too distant past.) Her final analysis was carpal tunnel syndrome. And yet there was something intense about this pain, perhaps bigger than carpal tunnel. Reluctantly, she realized that it was time to consult a real physician. The medical journals and all those years of watching ER, St. Elsewhere, and other medical shows just wouldn’t suffice this time.

Since there was a clinic right across the street that accepted those employed at her former company, our chocolate princess trudged over one afternoon, her wrist in agony. When the doctor finally came in to see her, he checked everything, asked a variety of questions, etc. He then gazed at her handbag sitting nearby in a chair. “Do you mind if I pick this up?” he asked. Curious but ultimately knowing what he was about to tell her, she nodded. He picked it up. “What do you have in here?” he then asked. An umbrella, an iPad, my wallet, normal things, she responded. The doctor nodded again. “Do you need all those things?” Affronted, our princess explained that as a commuter who lived in Somewheres, VA and worked in the DC area, it was important to bring things to be prepared since her vehicle was miles and miles away. An umbrella for rain. The iPad for metro reading. Other things. And only a large bag would fit. “All true, but your handbag weighs about the size of a small toddler. That’s why your wrist is in distress. Your handbag is too heavy.”

But, our princess thought to herself, she’d always had big bags. High school, college: what minuscule bag would fit her life??

The doctor went on to say: “If you need to bring all those things, perhaps consider a backpack. You can use both straps for both your shoulders and take the pressure off your left arm.”

A backpack? Was she 11? Was she in elementary school? Was she still walking to the bus in the mornings?

Obviously the doctor saw the horrified (mixed with a bit of snobbery) expression on our princess’s face. “Or you can decrease the items in the bag. But you’re doing damage to your tendons if keep holding a bag that weighs this much.” She muttered her thanks and assured him that she would figure it out. He told her to pop some pain medication if the pain continued. Eventually, the pain dissipated and disappeared and our princess resumed her life.

But she didn’t change her bag.

So I had an epiphany the other day, dear reader. After years of rubbing my shoulder after wearing my bag, or picking up my bag and wincing in pain, or warning the lady at the nail shop to be careful when she picks up my bag in order to protect my wet nails, and so, so on, I realized that it’s finally time to quit playing games with my limbs. Stubbornly refusing to listen to the doctor’s recommendations was one thing (and not a great thing). But now living in an area where I drive to work and no longer need to be loaded down with an entire aisle of a CVS because I can leave things in my car is entirely another. It’s time, y’all. This Square Peg needs to buy a smaller purse.

I used to wonder how women ran their lives with smaller purses. Like, how did they exist? Where did they put their wallets in said smaller bag? What about a certain time of the month and hiding certain items? (Speaking of that, I think the trauma of a boy in my 9th grade History class who snatched my bag one day and peeked in to see a row of pink lady time-of-the-month articles did more damage than I care to psychoanalyze.) Anyway, again: how did these ladies survive without a giant bag on their shoulders?

I’ll provide the answers when I buy my small bag. It’ll be a shock to the system, for sure. A bag on my shoulder is like warm tea on a chilly day. It’s like cool lemonade for a dry, summer-inflicted throat. It’s comforting. But my car is a few feet away in the parking lot. If I need anything, I can go grab it. Enough, I say. We must do right by my shoulders, wrists, that poor doctor who tried to save me from the small toddler…

Here are some super cute smaller bags that stylistically call out to me: 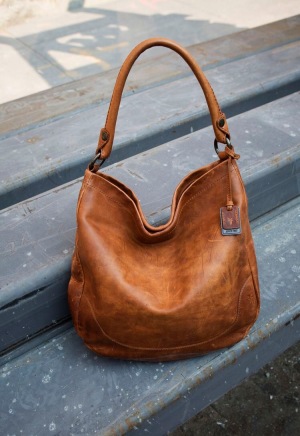 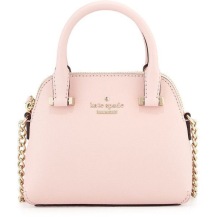 Lovely. Now we need to head to the store. I wonder how many years that will take?

So tell me: what kind of purse/handbag do you use? Small? Large? Massive? Little? Share your adjectives in the comments with me, please.